Listen government exam aspirants! With the season of Railway, Banking, SSC, and more such competitive exams nearing the corner, one can only imagine the amount of preparatory pressure a candidate must be having. And by preparation, we mean the constant appraisal of being aware of the trending current affairs!

Edureify brings to you all the daily current affairs in order to help lessen your struggle to be updated with all the important news. We have curated all the trending news of the day so that you do not need to go look elsewhere.

The forthcoming census is to be the first digital census, says the Government-

The Supreme Court agrees to list of electoral bonds PIL-

Doctor Ian Fry, the Tuvalu negotiator, is named as the climate expert by the UN Human Rights Council-

Current Affairs of Business and Economy-

So, here are the daily current affairs of the 6th of April, 2022. We hope that the government exam aspirants find this curated news knowledgeable and help them in their preparations. 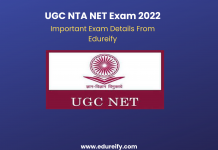 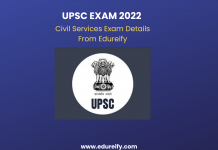 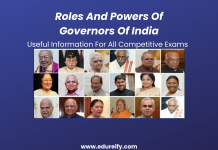 Governor Of India 2022 : Roles and Powers of Governor 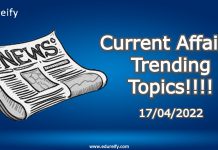 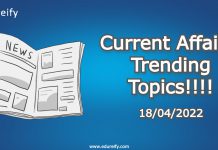 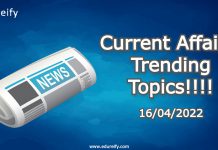 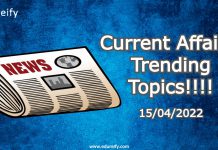 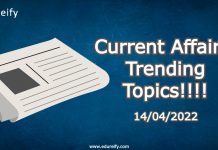 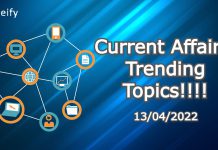