JavaScript is a high-level programming language that is one of the core technologies of the World Wide Web. It is used as a client-side programming language by 97.8 percent of all websites. JavaScript was originally used only to develop web browsers, but they are now used for server-side website deployments and non-web browser applications as well.
Join the best job-guaranteed coding Bootcamp
Javascript was created in 1995 and was initially known as LiveScript. However, Java was a very popular language at that time, so it was advertised as a “younger brother” of Java. As it evolved, JavaScript became a fully independent language. Nowadays, JavaScript is often confused with Java, and although there are some similarities between them, the two languages are distinct. Visit the Edureify official website for Bootcamp coding courses in JAVA, Python, C++, etc.

Python is used to develop 2D imaging and 3D animation packages like Blender, Inkscape, and Autodesk. It has also been used to create popular video games, including Civilization IV, Vegas Trike, and Toontown.
Join the best job-guaranteed coding Bootcamp

Go was developed by Google in 2007 for APIs and web applications. Go has recently become one of the fastest-growing programming languages due to its simplicity, as well as its ability to handle multicore and networked systems and massive codebases.
Join the best job-guaranteed coding Bootcamp

Go, also known as Golang, was created to meet the needs of programmers working on large projects. It has gained popularity among many large IT companies thanks to its simple and modern structure and syntax familiarity. Companies using Go as their programming language include Google, Uber, Twitch, and Dropbox, among many others. Go is also gaining in popularity among data scientists because of its agility and performance. Edureify provides coding courses for many languages and candidates who are interested must visit the official website of Eduriefy.

Java is one of the most popular programming languages used today.

Owned by Oracle Corporation, this general-purpose programming language with its object-oriented structure has become a standard for applications that can be used regardless of platform (e.g., Mac, Windows, Android, iOS, etc.) because of its Write Once, Run Anywhere (WORA) capabilities. As a result, Java is recognized for its portability across platforms, from mainframe data centers to smartphones. Today there are more than 3 billion devices running applications built with Java.

Go through the JAVA language inheritance language tutorial and add some more insights to your knowledge.

Kotlin is a general-purpose programming language originally developed and unveiled as Project Kotlin by JetBrains in 2011. The first version was officially released in 2016. It is interoperable with Java and supports functional programming languages.

Kotlin is used extensively for Android apps, web applications, desktop applications, and server-side application development. Kotlin was built to be better than Java, and people who use this language are convinced. Most of the Google applications are based on Kotlin. Some companies using Kotlin as their programming language include Coursera, Pinterest, and PostMates among many others.

PHP is an open-source programming language created in 1990. Many web developers find it essential to learn PHP, as this language is used to build more than 80% of websites on the Internet, including notable sites like Facebook and Yahoo.

Programmers mainly use PHP to write server-side scripts. But developers can also use this language to write command-line scripts, and programmers with high-level PHP coding skills can also use it to develop desktop applications.

PHP is considered a relatively easy language to learn for beginning developers.

PHP professionals have access to several dedicated online communities, making it easy to get support and answers to questions. Read more about PHP by referring to the Php article by Eduriefy.
Join the best full stack development job-guaranteed coding Bootcamp

Developed by Microsoft, C# rose to fame in the 2000s for supporting the concepts of object-oriented programming. It is one of the most used programming languages for the .NET framework. Anders Hejlsberg, the creator of C#, says the language is more like C++ than Java.

C# is best suited for applications on Windows, Android, and iOS, as it takes the help of the integrated development environment product, Microsoft Visual C++. C# is used on the back end of several popular websites like Bing, Dell, Visual Studio, and MarketWatch. C# developers earn around $111,760 per year.
Join the best .net Core job-guaranteed coding Bootcamp

Learn more about the C# language by going through the complete information given.

A few years ago, Swift made the top 10 in the monthly TIOBE Index ranking of popular programming languages. Apple developed Swift in 2014 for Linux and Mac applications.

An open-source programming language that is easy to learn, Swift supports almost everything from the programming language Objective-C. Swift requires fewer coding skills compared with other programming languages, and it can be used with IBM Swift Sandbox and IBM Bluemix. Swift is used in popular iOS apps like WordPress, Mozilla Firefox, SoundCloud, and even in the game Flappy Bird. Professionals who develop iOS.

Want to know more about swift? Get every detail about the SWIFT language here.

Applications built in R are used for processing statistics, including linear and nonlinear modeling, calculation, testing, visualization, and analysis. Applications coded using R can interface with several databases and process both structured and unstructured data.

R has a moderate learning curve and is not as easy for beginners to pick up as some other languages in this article. However, like other open-source programming languages, R boasts an active online community of developers, which is always a plus when learning new coding skills.

If you want to start with a language that is known for being relatively simple to learn, consider Ruby. Developed in the 1990s, it was designed to have a more human-friendly syntax while still being flexible from the standpoint of its object-oriented architecture that supports procedural and functional programming notation. A web-application framework that is implemented in Ruby is Ruby on Rails (“RoR”). Ruby developers tout it for being an easy language to write in and also for the relatively short learning time required.

These attributes have led to a large community of Ruby developers and a growing interest in the language among beginning developers. Read more about the Ruby program in a detailed manner.

Download the Eduriefy app and get every clarification on the topics and the courses offered.

C and C++ developers can make use of compilers for a wide variety of platforms, making applications developed in these languages largely transportable. Both C and C++ are considered high-performance languages. As such, they are widely used in developing applications where performance is a critical issue, such as client/server applications, commercial products like Firefox and Adobe, and video games.

Q:- What are the 4 types of programming language?

Answer:- The 4 types of Programming Language that are classified are:

Q:- Is HTML a programming language?

Q:- What are the 3 levels of programming languages?

Q:- What is Python used for?

Answer:- Python is a computer programming language often used to build websites and software, automate tasks, and conduct data analysis. Python is a general-purpose language, meaning it can be used to create a variety of different programs and isn’t specialized for any specific problems. 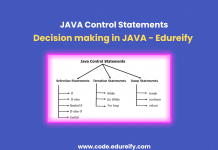 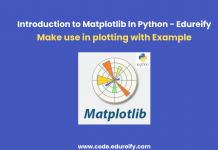 Matplotlib: A Framework for Graph Plotting in Python 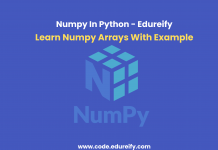 Introduction to NumPy in Python and its Arrays

What is the Insertion Sort Algorithm? 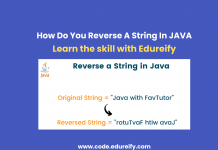 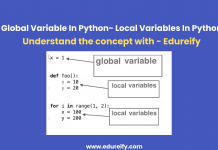 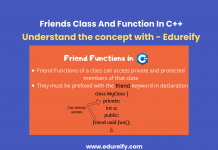 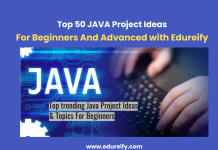 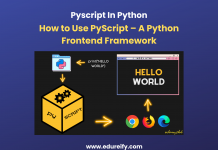